Author: President Donald J. Trump
Description: This image shows a tweet from President Trump on news of the stock market and the U.S. killing of the leader of ISIS.
Date: October 28, 2019

Tweet by President Donald Trump touting the nation's economic prosperity and death of ISIS leader Abu Bakr al-Baghdadi, October 28, 2019. Donald Trump has been the first U.S. president to use social media, and Twitter in particular, as a major method to make informal and official statements to the public. 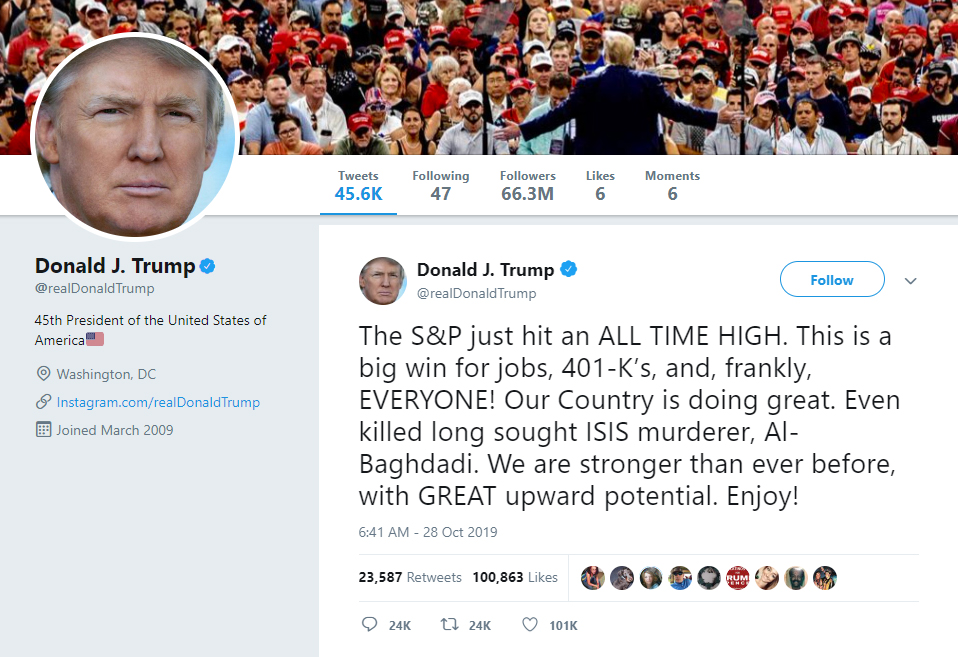 This content may be used for non-commercial, educational purposes only.

Back to Top print page
﻿